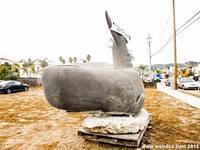 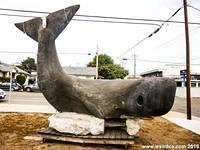 San Luis Obispo County has a poor homeless whale wandering its lands, migrating from city to city. Originally it had a home for several decades in Morro Bay outside the Whale's Tail Restaurant, but it has since been evicted and is now wandering the county looking for a new place to put up its tail. It spent a short time near the Goodwill Outlet on Sacramento Drive, then was set up in an empty field on the corner of Dolliver and Stinson in Pismo Beach, before returning to outside the San Luis Obispo Goodwill Outlet. It's currently sitting on the right hand side of Sacramento Drive before it runs into Industrial Way. What's the whale's tale and why is it homeless?

In January 1976, the whale showed up in Morro Bay and was placed in its foundation outside the new restaurant The Whale's Tail. It was the creation of Donald Hedrick, also known for running for San Luis Obispo mayor in 2006, 2010, 2012, and 2014. Sadly he lost all four times. He's the candidate who roams San Luis Obispo's amazing Farmer's Market on Thursday nights riding an electric scooter.

The whale, a sperm whale, is said to be made of five hundred pounds of re-bar scrap. The teeth are made out of porcelain and the eyes are glass, made by local glass blower, George Middleton. The whale was suppose to have a pot in its head to allow the restaurant to cook crab in it, and the entire structure is actually plumbed to do so with pipes (it's actually set up for water, gas, and electricity!). But the original owners of the restaurant refused to pay Hedrick for his work after the whale was installed, and so he never finished setting the whale up to be able to cook crab in its pot. Thus there's an unused pot in the head of the whale. 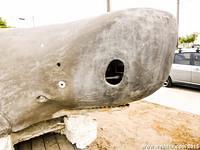 Former Whale from the Morro Bay restaurant: The Whale's Tale 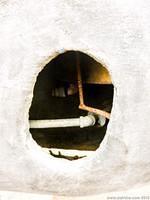 The Whale is ready for plumbing. 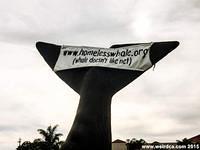 Although the restaurant changed hands multiple times, the whale endured outside, a popular landmark in Morro Bay, until early 2015, however. The restaurant was forced to relocate, and when a new business moved into the location, although initially planning on keeping the whale at its home, they soon ran across issues when they went to remodel the location. The city demanded that the sidewalk be widened in front of the building to six feet from its current four feet in order to match the current city standard for handicap access, which sadly squeezed out the poor whale from its home of several decades.

Donald Hedrick came to the whale's rescue and used a jack hammer to remove the whale from the street. Since then, the whale has been hanging out in various places of San Luis Obispo county, mostly over on Sacramento Drive near Goodwill. It is currently set up in an empty field in Pismo Beach, allowing it to just barely see the ocean. We don't know how long it will remain in the vacant lot in Pismo Beach. Hedrick is looking for a new permanent place for the whale. Until then it wanders homeless throughout San Luis Obispo county. Hedrick has put up a website, linked to below, documenting the whale's journey. It is a dot org, because the whale doesn't like net. 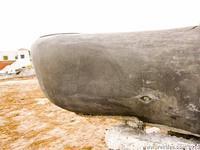 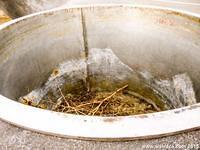 The whale was suppose to be able to cook crab.