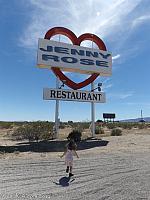 In a big part, thanks to the gold rush, California has an over abundance of things long since abandoned and forgotten. Add in all the infamous urban decay the state has, and there's a lot of long lost sites to see. From mining towns, closed amusement parks, defunct restaurant chains, Native American petroglyphs, and America's first motel, we'll take a look at California's lost, but perhaps not forgotten, history.