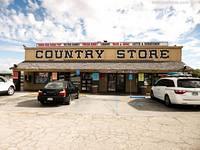 Along Interstate15, in Baker, one of the weirdest towns in the California desert, just down the street from the World's Tallest Thermometer and across from the Mad Greek Diner is the "Lucky" Lotto, Liquor and Country Store.

Currently a 76 gas station, it has the reputation of being one of the luckiest lottery selling stores in California. As of 2017, the sign outside states nine jackpot winners, updated from a previous eight, a jackpot winner being a payout of at least one million dollars! On your way to or from Las Vegas, you should stop and get a lotto ticket or a scratcher! 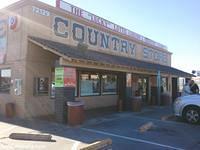 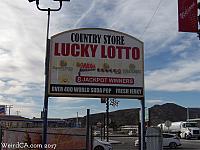 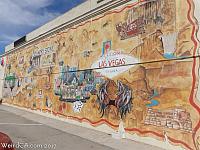 The store also has souveniers, snacks, a giant selection of sodas, and a variety of other roadside items and memorabilia. The side wall has an excellent mural showing the trip from Los Angeles through Baker to Las Vegas. The Country Store is identified with a "You Are Here" sign on the mural. 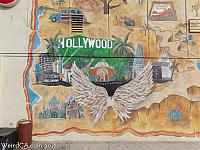 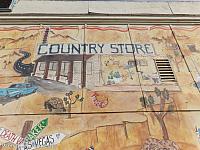 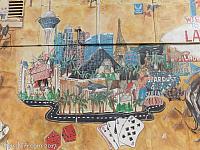 Other lucky stores in California include Allans Market Wine and Lotto in Port Hueneme and Bluebird Liquor in Hawthorne.