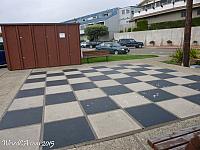 The Giant Chessboard of Morro Bay 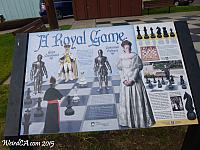 The chess pieces are made from two redwood water tanks that had served the city for over 50 years, originally standing on Morro Bay Boulevard. The chess pieces range from 18 to 30 pounds with the pawns clocking in at 22 inches, the queens at 31 inches, and the kings 33 inches. It is estimated that in an average game, a player will end up lifting over 1000 pounds. Each square of the chessboard is 2 feet by 2 feet with the total board being 16 feet by 16 feet. 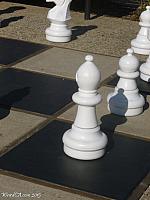 A white bishop, part of the Morro Bay Chess Set 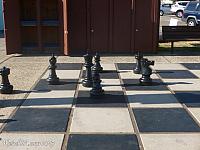 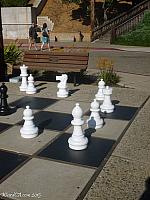 California has at least one other giant chess set located along Santana Row in San Jose. There might be two additional giant chess sets down in Burbank, one supposedly located in the courtyard of the campus for the tech company, Yahoo! while the other might be located on the bottom floor of the Burbank Mall. The World's Largest Chess Piece, however, stands fifteen feet tall and is located in St. Louis, Missouri.

For another giant board game in California, check out the World's Largest Monopoly Board in San Jose. 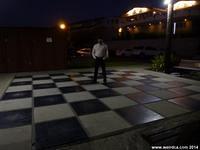 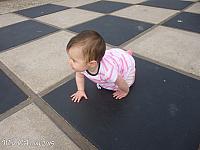