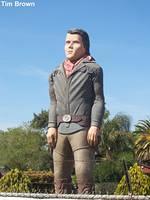 Not a Mufflerman, this Giant stands solemnly in Sacramento - photo by Tim Brown

This statue is of an early western giant complete with a pistol. He stands in a nursery called Silverado Nursery. He is not a Mufflerman though. It is believed that he was made out of a single log and was built to resemble Kevin Costner from the movie with the same name as the nursery. He was put up in 1993 and is at least twenty feet tall. 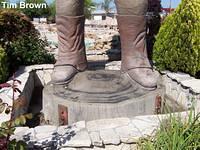 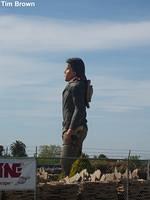 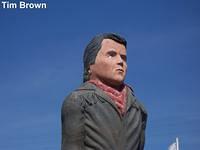