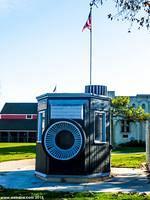 The Shutter Shak was originally built in 1976.

The Shutter Shak was originally built in 1976 and housed a photo developing business that advertised one day developing. Once located on 15336 Goldenwest Avenue, south of Bolsa Avenue, it has since been moved to the Blakey Historical Park on Westminster Boulevard and now houses a small camera museum inside it. 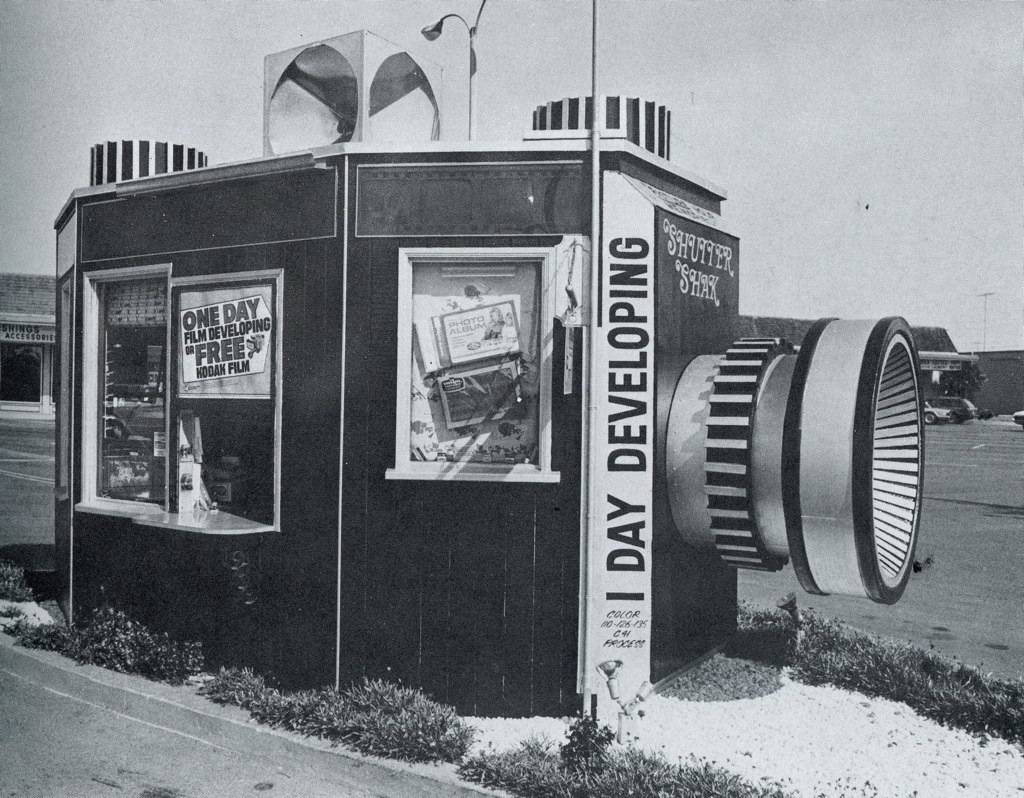 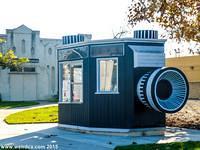 Along with fellow former Los Angeles camera shop, the Darkroom, the Shutter Shak is a form of Programmatic Architecture. Other giant cameras in California include San Francisco's Camera Obscura and Bel Air Camera which has an 8 foot tall camera and three foot tall roll of film on its building.

The Blakey Historical Park is only open the first Sunday of the month. It also features attractions like the city's first drug store, an old windmill, a blacksmith shop, and a variety of other historical structures and vehicles. 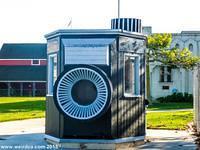 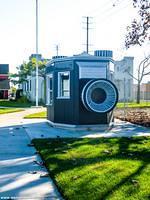 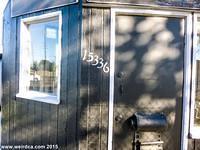 Another camera themed former building is The Darkroom located on Wilshire Boulevard over in Los Angeles. Although it is now a restaurant, the camera facade on the building still remains.