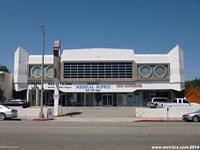 Built in 1986 on Ventura Boulevard in Tarzana, Fleetwood Square is a building in the shape of the front of a Fleetwood Cadillac. It was originally designed and painted pink like a Pink Cadillac, but has since been repainted white. It was designed by architect Lee Oakes who in a LA Times article at the time of the building's construction stated: "Ventura Boulevard is about as American as you can get, and what's more American than a big luxury car, a Cadillac? It's symbolic architecture, but abstract."

Tarzana is part of Los Angeles, and is named after Tarzan. The area is on the site of the former Tarzana Ranch once owned by the Tarzan author, Edgar Rice Burroughs. 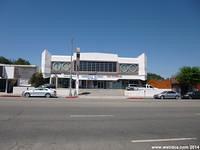 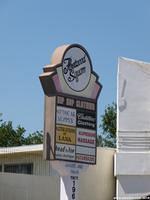 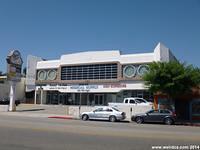