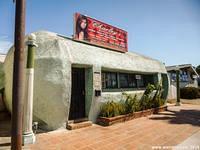 The Tamale is an example of Programmatic Architecture from the 20s. 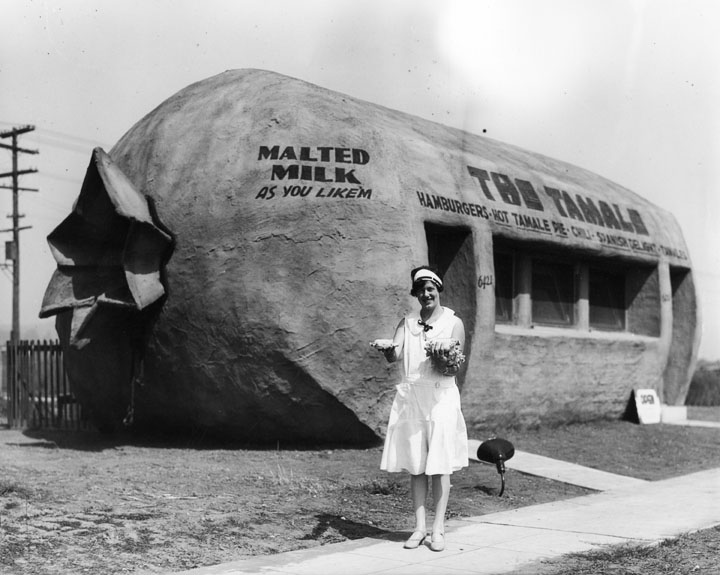 At one point Los Angeles was filled with strange and wacky architecture ranging from owls and bowler hats to dogs and coffee pots. One by one they've disappeared, these amazing examples of Programmatic Architecture. Here and there, a few have survived, and one of those few is The Tamale on Whittier Boulevard in East Los Angeles.

Built in 1928 and once a restaurant serving, you guessed it, tamales, along with hamburgers, chili, and other dishes, the Tamale specialized primarily in Hispanic food, It is now a beauty salon. Originally it stood alone on the street, as the decades passed by, other buildings have been built around it, leading to its twisted tamale ends being extremely close to the newer encroaching buildings. It was temporarily for sale in 2013 for prices starting at $459,000 and ending at $399,900 before being taken off the market. 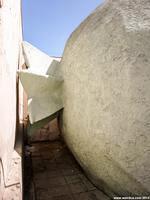 The Tamale (Left Side) 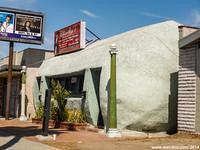 The Tamale is now a beauty salon. 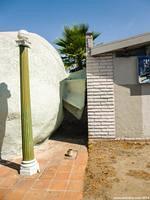 The Tamale (Right Side)