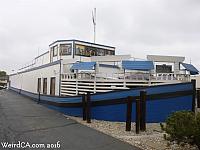 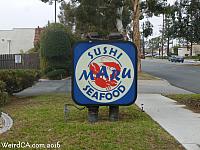 Located in Claremont this Japanese sushi restaurant is in the shape of a large boat! An example of Programmatic Architecture, the front of the boat is pretty detailed, and the nautical theme seems to be involved in much of the structure, right down to some smoke stacks. The place seems to keep changing names, but lately has been a sushi restaurant. Currently the sign outside says "Sushi Maru Seafood", although it was known as "Sushi Cruise" before that and prior to that "Sushi Boat" and "Shrimp House". So if you want to eat fish while in a boat deep inland in the Los Angeles area, I guess this place is for you! 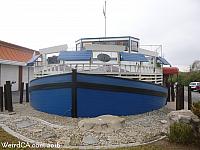 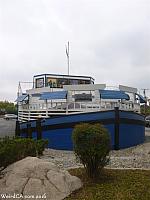 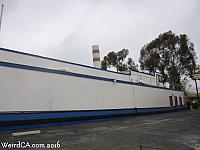