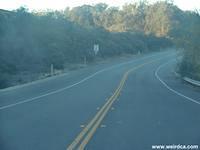 According to the rumor, almost two hundred years ago, a woman drowned in Black Lake near Oceano. Some legends, however, state that she was murdered and dumped in the lake afterwards. Now centuries later she haunts the location of her death. She appears in a black ruffled Victorian dress with a full skirt, tall neck, puffy shoulders, long tight sleeves with black lace at the cuffs. She also wears long black jeweled earrings and her hair is pulled up. However, the bizarre part of her appearance is that she has absolutely no face, just glowing eerie white light where her nose, eyes, lips, etc would be.

She has been called Agnes over the years and appears around midnight (maybe 12:30) to walk across the surface of Black Lake. She also has been seen over on nearby Highway 1 around the same time, occasionally scaring drivers and causing accidents. 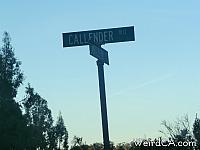 As if Anges isn't bad enough for drivers, if you continue down Highway 1 onto the Nipomo Mesa, there's a white lady who also causes accidents. Northwest of Callender Road, a white lady apparently haunts the site of a fatal accident, appearing again around 12:15 am, trying to stop the cars passing her by. It is even rumored that if you don't stop, she'll take control of your car and crash it herself. Supposedly the woman lost her husband and children in a car crash along the road in the fifties, and although she survived, she turned white from the shock and now haunts the roadway. The husband and children supposedly died when while speeding down Highway 1, the car hit a dip, and crashed into a slough (swampish land). Except for the woman, the rest died.

So same road, same time at time, both stories involve drowning, but one's white and the other black.