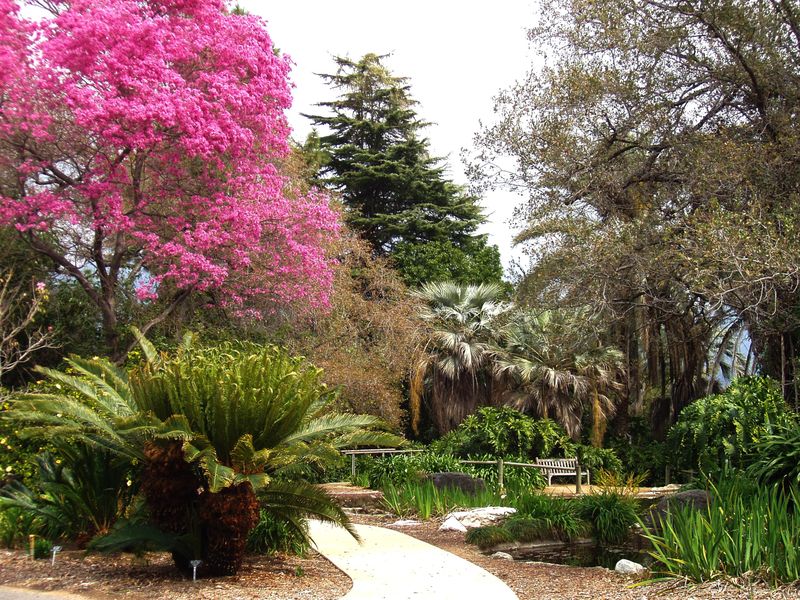 One view of the Arboretum - photo taken from Wikipedia

Da plane! Da plane!" Spoken by Hervé Villechaize, these words often started every episode of the Aaron Spelling TV series, Fantasy Island. Ricardo Montalban played Mr. Roarke and the above words were spoken by his assistant as visitors to the island arrived.

In real life, Mr. Roarke's home was not on some secluded fantasy island, but in the Los Angeles County Arboretum and Botanical Gardens near Pasadena and Arcadia off of Highway 210 on Baldwin Avenue. The Arboretum is a 127 acre garden and historical site started in 1947. And before Aaron Spelling executive produced the adventures of Mr. Roarke, the house was used by Chief Buffalo Child Long Lance in 1932 to commit suicide.

Chief Buffalo Child Long Lance started off as a reporter writing about Native American tribal legends and traditions. He was also out-spoken in his criticism on how the government treated Native Americans and about the plight of his people. He also wrote an autobiography in 1928, claiming to have been born a Blackfoot Indian in Montana. In 1929 he starred in "The Silent Enemy", a movie which tried to realistically depict Native American tribal life.

However, for all of his self promotion as a Native American, the dearly departed Chief was not born one, but instead was born Sylvester Clark Long to ex slaves in 1890 in North Carolina. This fact was exposed by a Native American adviser during the filming of "The Silent Enemy". Chief Buffalo Child Long Lance was never the same after his secret was exposed. Many of his friends and fellow socialites abandoned him and he eventually took to drinking too much. Finally in 1932 at the Baldwin's home, he took his life with a bullet to the head.

However, the story of Chief Buffalo Child Long Lance doesn't end there. His ghost continues to haunt the location of his death and there have been several reports of people seeing him.

Supposedly many people in the cast and crew of Fantasy Island have seen and even spoken to Long Lance. He has also reportedly even shown up as an extra in a crowd seen on the show.

The Arboretum has also been used for Tarzan movies, Jurassic Park, and Anaconda.