So you have a young toddler and want to start teaching them the alphabet. Well you're going to need an A to Z of Weird California places and things! And here you go, the Weird California ABCs! giving you weird things to teach your young explorer their ABCs! We'll be adding letters daily until we have the full alphabet, so check back often!

A is for Apple Rocks

We start our ABCs with the traditional A is for Apple! Located in Perris, these boulders are beautifully painted to look like an apple! 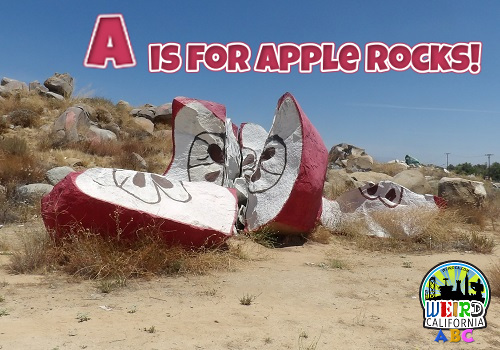 B is for Batman

B is for Batman! Or in this case the Batcave at Bronson Caves in Griffith Park! Although your children may not know this, Bronson Caves was the setting where they filmed the entrance to the original Batcave, decades ago! 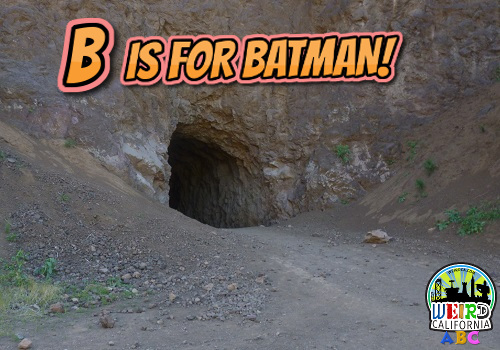 C is for Clown

C is for the Clown of North Hollywood! This amazing and creepy neon sign has been sitting outside Circus Liquor since the sixties! 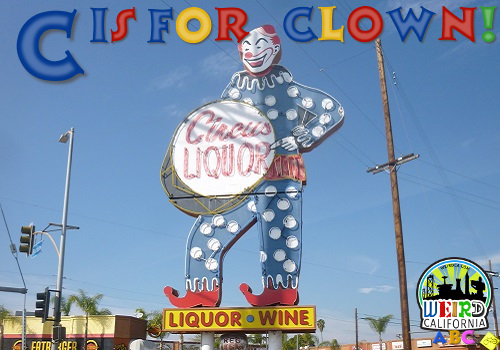 D is for Doggie Diner

D is for Doggie Diner! There are still several of these lovable dachshund mascots hanging around the Bay Area, ready to bring back your childhood nostalgia from when you visited the fast food chain! 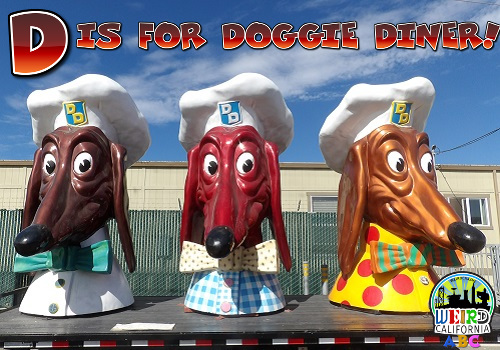 E is for Elmer's Bottle Tree Ranch! This amazing forest of literal bottle trees is located along Route 66 and is a must stop as you drive along the iconic highway! 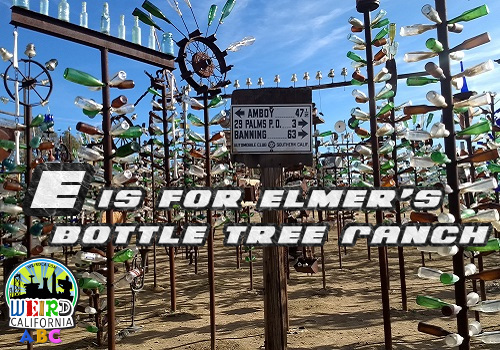 F is for Fry's Electronics

F is for Fry's Electronics! The electronics store can be found throughout parts of California and most of them are themed! From alien invasions to trains to even an Alice in Wonderland theme, the stores make shopping way more interesting! 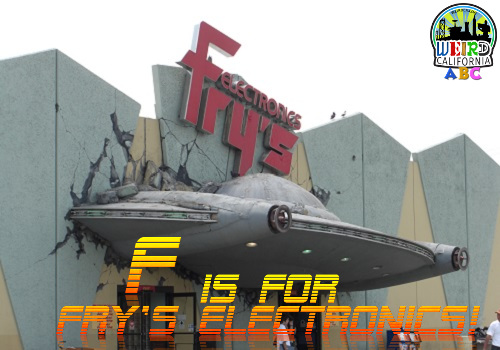 G is for Golden Gate

G is for the Golden Gate Bridge! Built in 1937, this bridge not only has the second most suicides in the world, but also is rumored to have ghosts! And there's even a ghost ship that sails underneath it!

H is for the Hollywood Sign! Originally an advertisement for Hollywoodland, a housing development, the sign is iconic for the city that is home to the movie industry. The sign is also haunted by the ghost of an actress who committed suicide by leaping off the letter H! 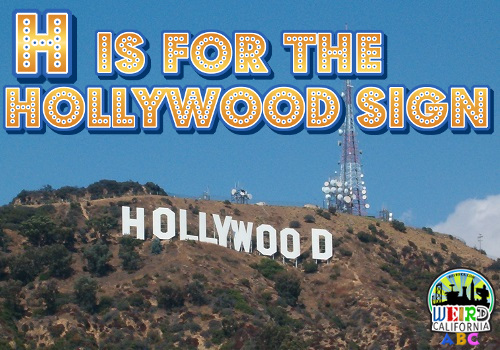 I is for Ice Cream

I is for Ice Cream! This gigantic Ice Cream Sundae can be found near Yermo on Interstate 15 on your way to Las Vegas. It is outside Eddiworld an amazing and enormous candy store! 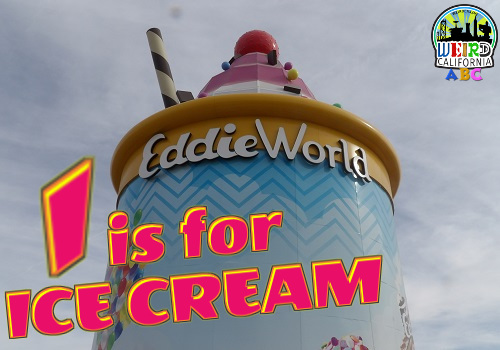 J is for James Dean

J is for James Dean! Although James Dean left the world too soon, he left his mark on California! Now with a memorial along 46 as well as signs at the last place he stopped for gas, you too can trace parts of James Dean's last trip. 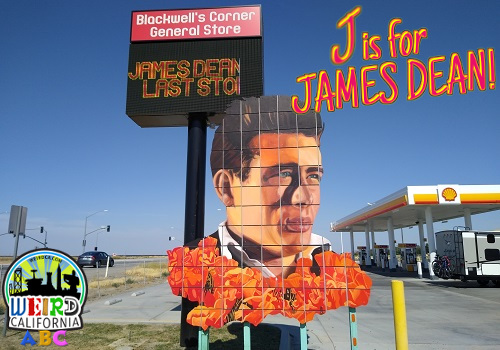 K is for Kilns

K is for Kilns! California is home to at least five separate sets of historic kilns, most built way back in the 19th Century to help support the mining industry. These fascinating structures are super awesome to visit and explore! 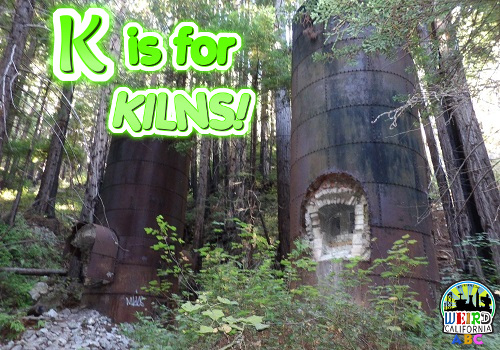 L is for Lightbulb

L is for Lightbulb! A lightbulb in Livemore! In fact Longest Burning Lightbulb in the World! That's a whole bunch of L's! 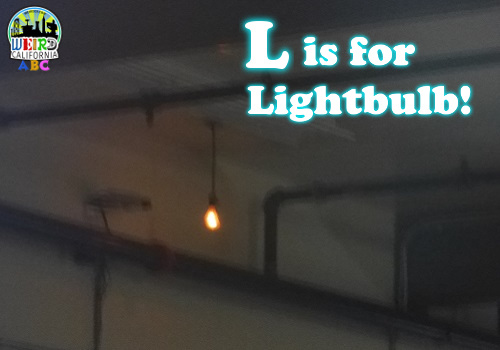 M is for Muffler Men

M is for Muffler Men! Several Muffler Men stand watch over California, from Escondido all the way up to Northern California. 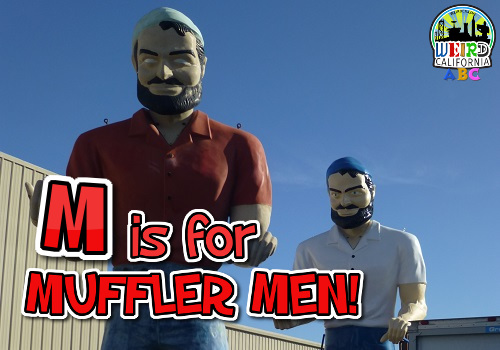 N is for Norton 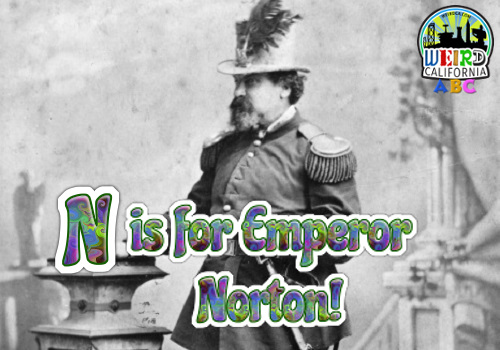 O is for Orange Stands

O is for Orange Stands! At one time, orange stands made to look like giant oranges dotted the California landscape offering thirsty beverages to hot weary travelers along our dusty highways! Now only a few of these giant orange stands still exist. 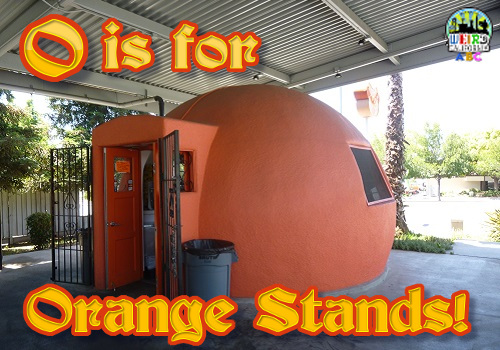 P is for Programmatic Architecture

P is for Programmatic Architecture! Back in the 1920s, as the automobile became the default way to get around, some buildings found unique ways of advertising, often resembling the merchandise or services they hawked. This led to things like the Pup Cafe, the Brown Derby and a few decades later the Big Donut Drive In. The style was called programmatic or mimetic architecture, and was specifically geared towards bringing in the car driving motorist as they arrived in town. 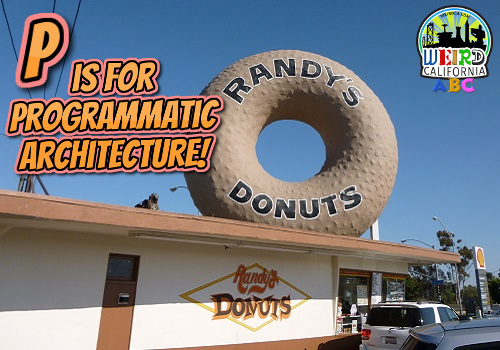 Q is for Queen Mary

Q is for Queen Mary! Permanently docked in Long Beach, this ship, now converted into a hotel and museum is one of the most haunted ships in the world with a reported more than 150 ghosts haunting onboard! 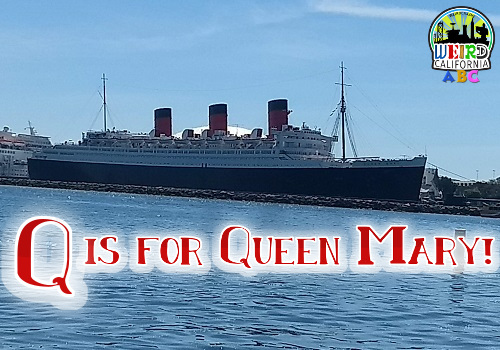 R is for Rudolph Valentino

R is for Rudolph Valentino! Valentino passed away in 1926 and now haunts, well pretty much almost everywhere. And it's not just Valentino that haunts former residences, hotels he stayed in, movie lots, etc, but also his former pet dog still haunts this world! 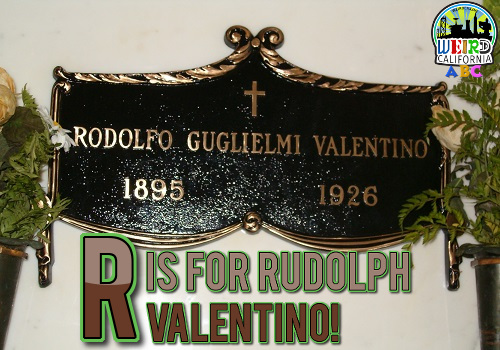 S is for Spite House

S is for the Spite House! Located in Alameda, this 10 foot wide, 54 foot long, 20 foot house was built out of pure spite! 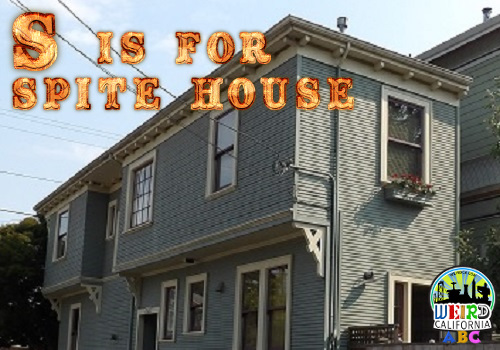