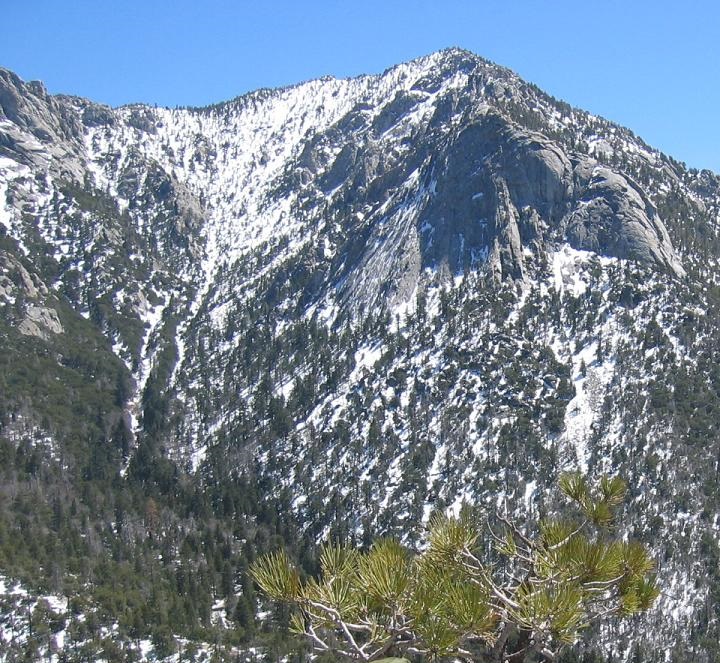 The San Jacinto mountain range west of Palm Springs holds a mysterious evil spirit. Known as Tahquitz, it is a voracious cannibal that lives in a glass cave near the peak of Tahquitz Peak. According to Cahuilla Native American legend. the Tahquitz spends its days spying on its victims, and then returns for them, attacking at night, eating them alive, and keeping a hold of their souls for all eternity.

Other aspects of the legend discuss how Tahquitz was once a guardian spirit over all shamans, giving them the power to perform good miracles. He slowly turned evil and began using those same powers to harm others.

Yet another aspect states that he was the shaman of the tribe, the first shaman to be precise, made by Mukat, the creator. Again, he slowly began to grow corrupted, and for selfish reasons began using his mighty powers to harm others. Eventually he killed some of his fellow tribesmen, and the chief banished him to the canyon in the San Jacinto mountain range that now bears his name, Tahquitz Canyon.

Not wanting to let Tahquitz starve, the chief would occasionally send food to his lair. Then one day, those bearing the food did not return. So the chief sent some scouts, including his own son to investigate the disappearance. These scouts also did not return. Finally the chief, himself, went into the mountains. The valley where Tahquitz had been banished, once green and lush, was now a wasteland with an evil mist hanging on it. Bones and the bodies of half eaten animals were strewn around the ground. To the chief's horror, Tahquitz had become a demon, a horrid monster that had struck down, murdered, and eaten those from his tribe, including the chief's son.

The chief vowed vengeance and trained for a full year before confronting the monster that was Tahquitz. The battle was epic, with the very mountain shaking. In the end the chief was victorious and slew Tahquitz. As the tribe burned his body though, some of Tahquitz's essence managed to escape. A rock and the peak now known as Tahquitz Peak were both imbued with some of Tahquitz's evil. The dark spirit still occasionally torments those who wander into the area.

Tahquitz has also been said to manifest as a large green fireball, appearing and moving through the night sky. It's also said that his shadow can be seen on parts of the canyon, even visible supposedly from parts of Palm Springs. Other physical manifestations such as movements with the earth in the mountain range, the rumblings of Tahquitz peak, rolling of boulders in the area, and other physical manifestations are also said to be the works of Tahquitz.